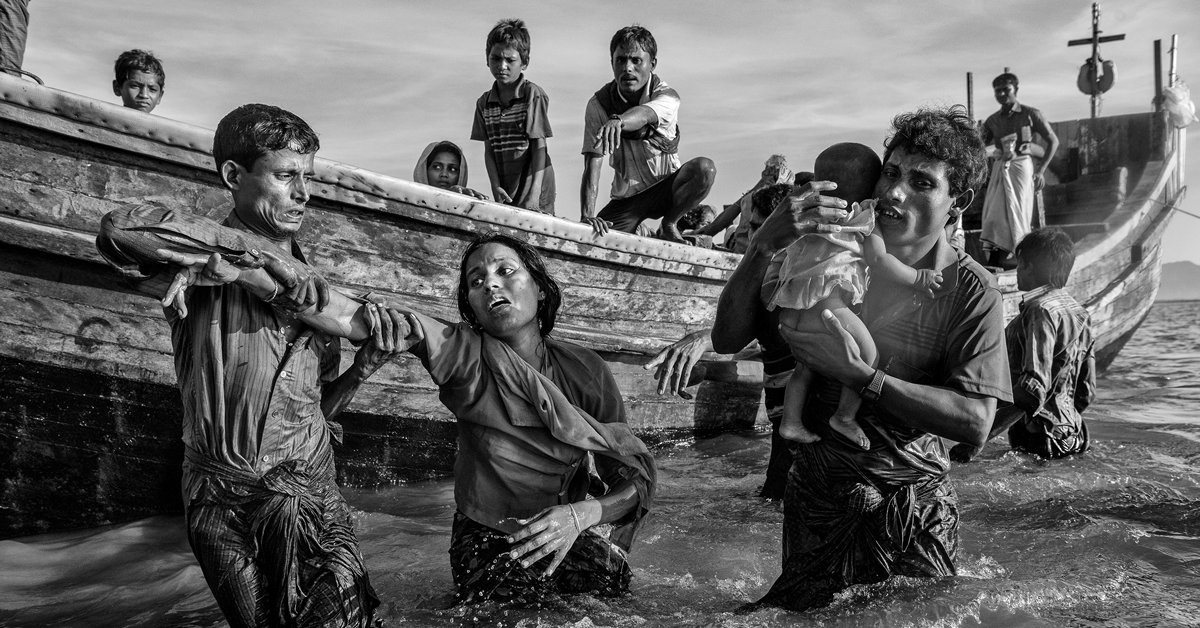 The Beijing-based photographer has made some of the most powerful images of 2017
Among the photographers who produced that groundswell of imagery, Allison Joyce and Paula Bronstein of Getty Images each stand out for their unflinching coverage; the former with a series of portraits and accompanying stories, and the latter with a dramatic look at the sea arrivals after dark. Dar Yasin of the Associated Press, Dan Kitwood of Getty and Mohammad Ponir Hossain of Reuters all amassed strong and distinct work, as did Adam Dean for The New York Times and Moises Saman of Magnum Photos.