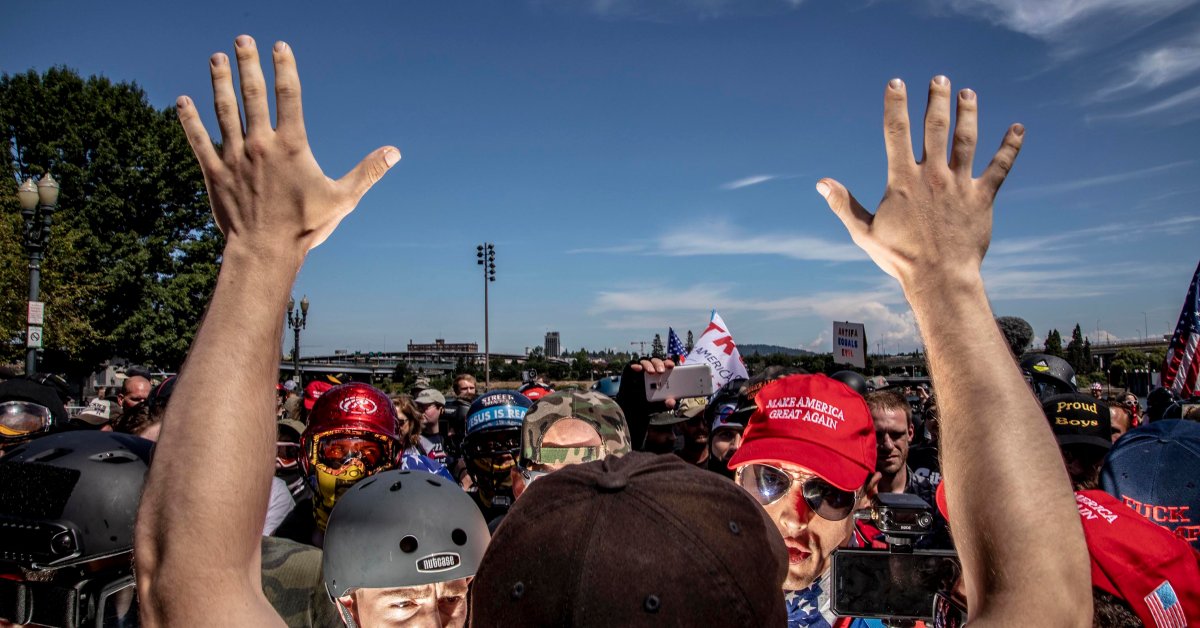 Mark Peterson documented supremacist groups across the U.S. in the wake of Charlottesville's deadly rally
“They have Confederate flags and Nazi symbols and they’re just standing there, and nobody’s paying attention,” recalls photographer Mark Peterson, who was among the cluster of media that day. “And six weeks later Charlottesville happened and everybody did pay attention to the same group doing the same thing. It’s just pretty surreal.”