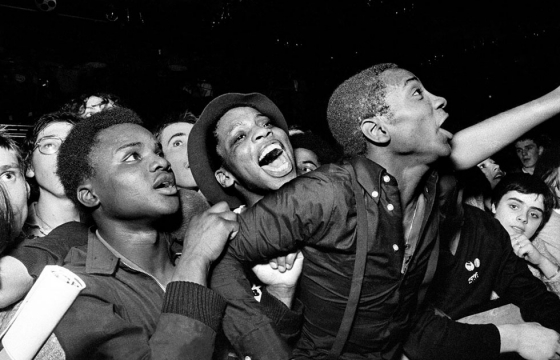 Between 1976 and 1981, the movement Rock Against Racism (RAR) confronted racist ideology in the streets, parks and town halls of Britain. RAR was form...
RAR did not have an official photographer but Syd Shelton has produced the largest collection of images on the movement. He captured the history-making RAR Carnival 1 at Victoria Park, London in 1978, and demonstrations such as the Anti National Front Demonstration in Lewisham in 1977. RAR organised five carnivals and some 500 gigs across Britain.